Theatre From the Jungle

Theatre from the Jungle

Theatre from the Jungle is a collaborative experiment in theatre and installation that emerged from the unique landscape of immigration and labour in Brandon, Manitoba. The artists spent two months working primarily with recent immigrants living in Brandon, conducting interviews and workshoping performances built from lived experiences and literary sources. The project begins with selected passages from Upton Sinclair’s 1906 novel The Jungle—a story which documents the struggles of immigrant labour in the Chicago meat packing industry at the turn of the century. Participants rehearsed a script that weaves together the events depicted in the novel and the present-day situation in Brandon. The workshops were then filmed and are presented alongside participant interviews in a multi-channel video installation that gives an intimate yet theatrical representation of a dynamic that has a profound impact on the fabric of the Westman community.

The first part of Theatre from the Jungle presents a reading group consisting of currentand ex-employees of Maple Leaf Foods in Brandon, Manitoba. The group reads from a selection of rewritten passages from Upton Sinclair’s work of fiction entitled The Jungle, a novel which depicts the harrowing experiences of a group of immigrant labourers working in the stockyards in Chicago at the turn of the twentieth century. It is worth noting that, unlike all of the participants, Sinclair’s mother tongue was English, he was not an immigrant, and he never worked in the meat packing industry.

The second part of Theatre from the Jungle presents a group of twelve individuals performing movements common to a hog processing plant, such as ushering in pigs, removing heads, slicing guts, chopping ribs, counting chops, packing boxes, etc. The piece gives a glimpse into the organization of the production line, but more explicitly portrays the patterns of bodily movements at work in the meat packing industry. By subtracting the factory, meat, tools, noise, and protective gear that employees normally wear, the piece calls attention to the singularity of the individual—not as a worker but as a person—as well as to the interaction and cooperation between colleagues. It also gives visibility to the particular form that a body and mind adopt in a highly repetitive production process designed for standardisation and efficiency. 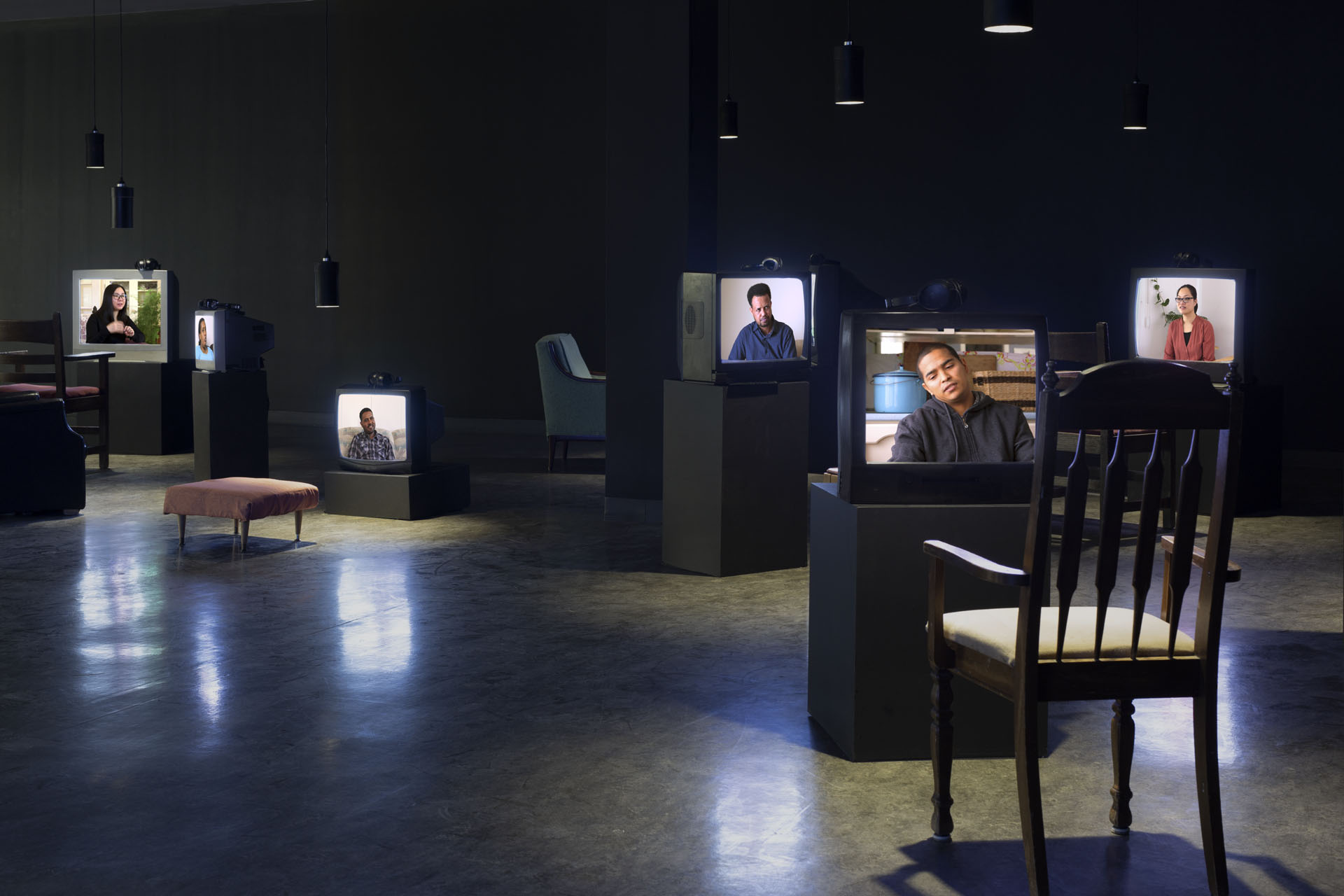 The third part of Theatre from the Jungle presents an installation of eight videos, each featuring one participant’s description of their experiences immigrating to Canada and working in the meat packing industry. The participants reflect on the motivations and circumstances which led them to migrate, and their imagination of what their future in Canada might be like. Most of the interviews were recorded in the participants’ homes. Taken together, this collection of testimonies reveals borader trends about how labour and migration are connected to broader social, cultural, political, and economic realities. It also offers a glimpse into how the international mobility of workers is shaped by both local and global historical forces, and how individuals from different geographical and migratory circumstances think of, and come to live in, a single city in Manitoba.

Supported by the Canada Council for the Arts